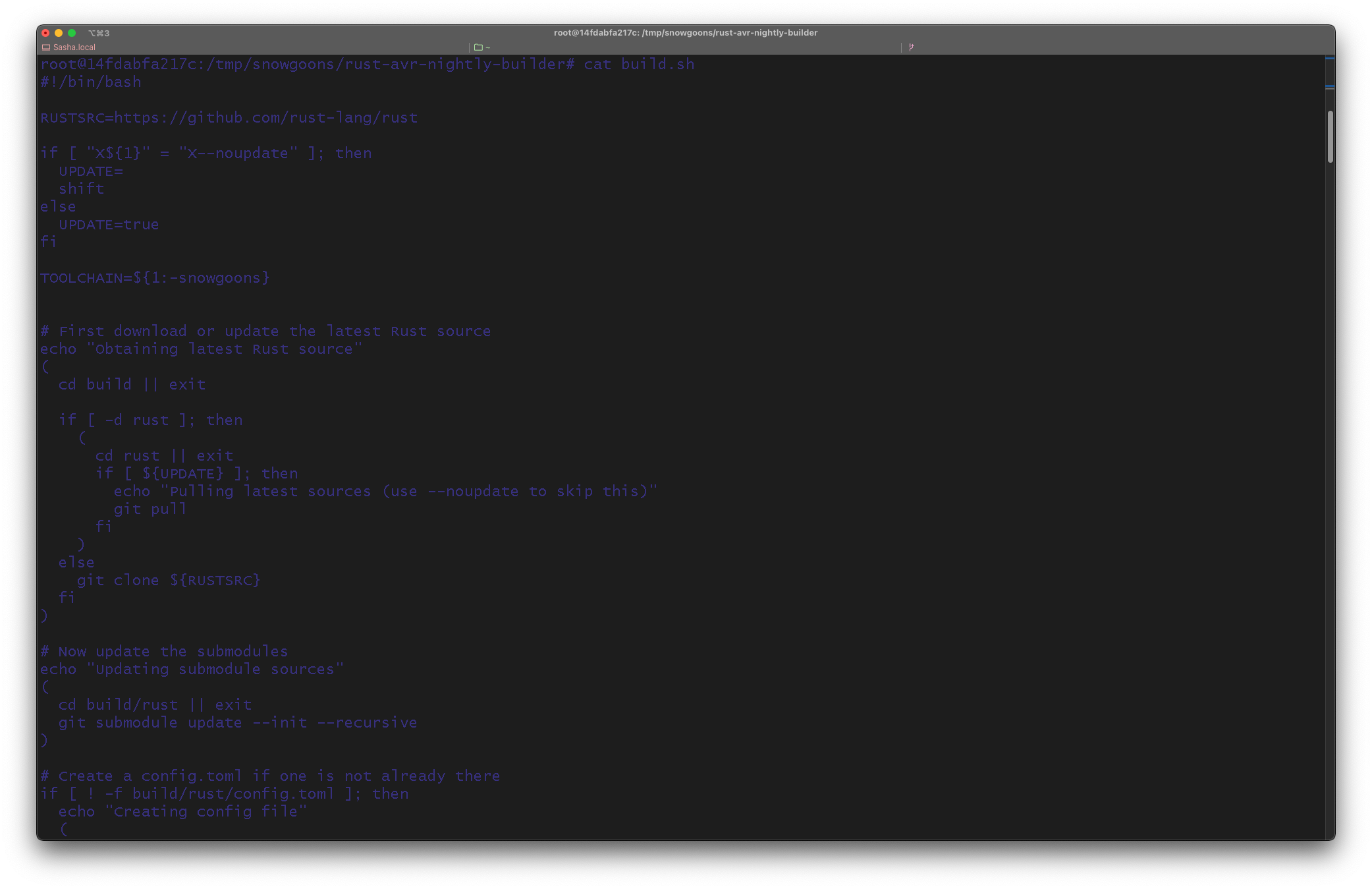 AS of summer 2022, the information below on how to build a custom toolchain is no longer required - the standard nightly toolchain works for AVR again, thanks to Patryk27.

I’m leaving the original content below though just in case something happens in future and we need a reminder how to do it again :-).

In the dark days…

The Rust on AVR toolchain is currently irretrievably broken because of a bug in LLVM. Hopefully, sooner or later, this will get fixed - but until then you will need a version of the toolchain that has been patched in order to build an AVRoxide application.

More background detail can be found here, but in the meantime the short version is: A script which will download and build a patched version of the toolchain can be found here; this script will install the toolchain locally with the name snowgoons. Once built, you can then reference it in your rust-toolchain.toml file.

To use the script and build the toolchain:

Then update your rust-toolchain.toml as follows: