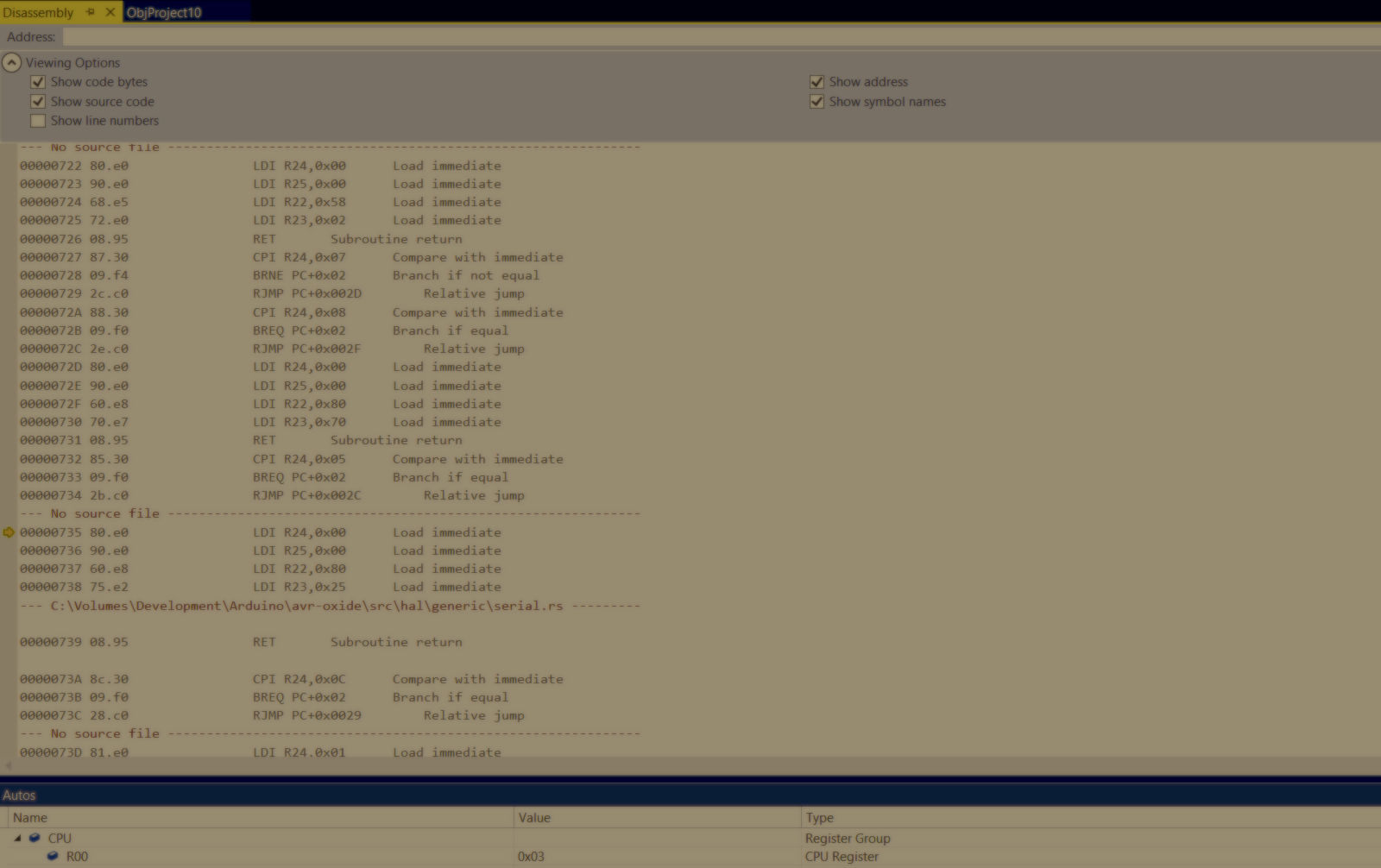 Rust on AVR: Gotchas and Warnings

Rust on AVR: Gotchas and Warnings

Developing for the AVR with Rust is not without its trials and tribulations, and is occasionally hair-pullingly frustrating.

I’ll try to keep this page updated as and when I discover issues that are worth sharing. And if any of the bugs is ever fixed, I’ll also try to indicate that!

As per Rust Issue #82242, 32bit maths was seemingly irretrievably broken with Rust on AVR. But, only seemingly, because Patryk27 heroically discovered that the problem was Rust generating integer maths builtins with the same name (but a different signature) from avr-gcc’s own library builtins.

Now we know that this can be fixed by adding the following to your .cargo/config, and we can start using 32 bit maths again:

This is nothing to do with Rust per se, but I just spent ages debugging why my serial routines weren’t working and eventually realised it’s because the USART serial clock doesn’t run if the AVR is allowed to go into SLEEP mode (as controlled by the SLPCTRL sleep control register.)

IDLE mode on the other hand works fine, so, pro-tip: if you have ongoing serial transmission, ensure that you disable sleep (set the SMODE bits of SLPCTRL.CTRLA to 0b00) for as long as you are transmitting.